When William Heath began writing poetry in the 1960s, James Wright hailed him as “one of the most brilliantly accomplished and gifted young poets to appear in the United States in quite some time.” Now after an award-winning career as a novelist, historian, and literary critic, he has returned to his first love. Night Moves in Ohio vividly captures his memories of growing up in Poland, Ohio, a suburb of mobbed-up Youngstown, the city at the heart of the thriving Steel Valley but notorious as Little Chicago for its numerous gang-land bombings (“Youngstown tune-ups”). Heath’s poems, by turns raunchy and poignant, evoke via his unblinking eye, ironic asides, and acute ear for the American idiom, the dangers and delights of a by-gone era. 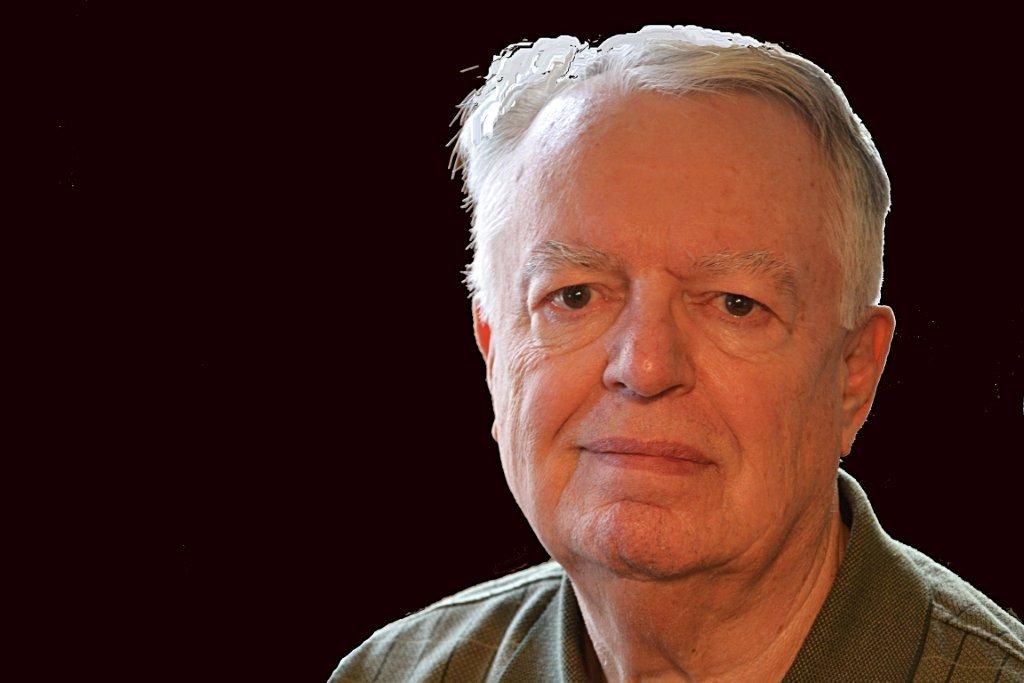 Praise for Night Moves in Ohio

The rousing first poem in William Heath’s bildungsroman in poetry dealing with childhood and youth in steel country Ohio seems to channel Joe Magarac, Carl Sandburg, and James Wright, but the voice is intimately his own. These poetic narratives are by turns poignant, funny and starkly realistic. They are the human stories of the mid-twentieth century industrial mid-west, one hundred years after Ohio was the Old Northwest frontier, and the honest sentiments in these poems remind us how a centrality of setting, as much time as place, form our experiences into themes. Every poem is engrossing, teeming with fascinating storyline detail and imagery.

In this remarkable collection, William Heath manages both to mourn and to praise, even celebrate, an almost vanished way of life: tough, sometimes brutal, yet (in his sharply focused, minutely particular, unsentimental, often humorous verses) intensely human.  At home and easy with this world–no matter the distance from which he is viewing it–his poetic voice (clean, dependable, sturdy as a well-made country fence or kitchen chair) brings every detail, every bristling-with-memory corner of it, alive with immediacy and sympathetic intimacy. Despite the often hard-scrabble toughness of the world he evokes, it’s the sheer exuberance of the poems (precision of line, muscular argument, concrete vitality of language) that carries the reader into a world that would be strange but which, in Heath’s treatment, becomes not simply familiar but understandable, not mundane but poetic: The screeching, clanging industrial din/ had a percussive rhythm.  A world that, tough as it is, is consistently shot through with its own wry, mordant humor. These poems are savvy and lively, as exact as a high jumper’s focus, quick and accurate as a tennis player’s eye, wrist, ankle, as the poet draws his readers into an unknown world, making it familiar, recognizable, fully there.  Night Moves in Ohio is Heath’s own remembrance of things past—an autobiography in rapt miniature of his unforgotten early life, mercilessly but compassionately lit by the laser-light of memory.

—Eamon Grennan, author of Out of Sight: New & Selected Poems

The language of Night Moves in Ohio is less constrained [than Leaving Seville], but filtered nonetheless, through memory. Self-effacing humor is balanced against the sadness of time past. This book is a lament, not only for “the brutal lost beauty” of a steel producing area, but for the images of growing up, from a paperboy snipping the wire on his bundle of papers so that “the wire girding the stack / snaps back and the papers /  fluff up as if in relief”—to adolescent dreams of basketball stardom and romance. Even the poems on serious topics, like “Mom’s Final Days,” are delivered to us with a bite.

After the fire goes out of the steel valley—what remains is no sorry tale of loss. Important memories linger, and they should be recorded, as Heath has done here, triumphs, each and every poem in this volume.

Night Moves is plain-spoken, often funny, but with the subtle rhythms and narrative ingenuity of damn good hindsight. Heath is a poet for those of us who have grown tired of the showy, poetic language and self-centered perspectives so familiar today. He is more modest, more self-deprecating, a poet whose insights give us a refreshing hint at a worldly, intelligent persona.

— David Salner, author of The Stillness of Certain Valleys

Poems from Night Moves in Ohio

I speak Steel Valley American.  Once mills
lined the Mahoning River from Youngstown
Sheet and Tube’s Jeannette Blast Furnace
on Brier Hill to Republic Steel in Struthers.
Coal intensified to coke turned iron ore
into molten ingots that were rolled into slabs,
scarfed free of impurities, shaped for strength:
bridges to span waters, girders for skyscrapers,
tanks, ships, guns, and shells to win World War II,
machines and factories for our bounty.

Men made serious money making steel.
A house with a lawn, a Ford or Chevy
in the drive.  Soot on windows meant food
on the table.  Mills created the weather:
skies dark in daytime, bright at night; clothes
hung in the cellar to avoid black rain.
The city was called “Little Chicago,”
eighty-five bombings—“Youngstown tune-ups”—
as Cleveland and Pittsburgh mobsters blew
each other up for control of the bug
and other games of chance.  Barbers charged
five bucks for a haircut, ten to start your car.

Crossing the bridge into town I saw
the Valley of Ashes in The Great Gatsby:
grey heaps of slag, bins of scrap metal,
the fuming rusty-orange sulfurous river
that might ignite at the flip of a match;
low, corrugated buildings topped by tall
towers and vent stacks burning off waste gas;
serpentine trains shunted into sideyards,
scotched into freight cars, unloaded one by one.

My Czech girlfriend, whose father worked in steel,
spread a blanket in her backyard above the valley.
As evening fell the infernal glow of the mills
became magical.  Yellow flames from smelters
made air-borne soot sparkle, blotting out the stars.
White-hot slabs glided down conveyor belts.
The screeching, clanging industrial din
had a percussive rhythm.  Teens in love,
for all we knew our kisses lasted hours.
Now the mills are gone.  The only people left
misplaced their car keys—still I celebrate
the steel valley’s brutal lost beauty.

My Father Put the Shot

In the photo he stands
in track shorts and top,
hands clasped behind his back
to accentuate his biceps.
The “O” on his broad chest
was proof he put the shot
for the Oberlin track team.
A farmer’s son, he worked
hard as a boy, putting
the shot just one more
form of tossing rocks out
of a ploughed corn field.
After graduation he taught
chemistry in a rural school.
He loved to tell the tale of how
a bully ignored his order
to leave the class, gripping
his desk screwed to the floor.
My father jerked the desk,
into the air and tossed it
and the bully out the door.
The next day the lad came back
with his much larger father.
“Did you throw my boy out of class?”
he demanded and Dad replied,
“Yes, I did.”  “Did he deserve it?”
“Yes, he did.”  “Well, if he acts up
again, beat hell out of him,”
he said, shaking Dad’s hand
and smacking his son on the head
for good measure.  Feats like these
get a man promoted to principal.
His office at Hays Junior High
in Youngstown had a drawer full
of confiscated weapons—switch
blades, clubs, even a zip gun
wrapped in black tape.
He enforced discipline by swats
from a perforated paddle hung
on the wall behind his desk.
Perhaps that’s why he only hit
me twice in his life—once for
filching a neighbor boy’s toy
truck and bulldozer, and then
for faking a bicycle accident
beside the highway, enhanced
by my ketchup-covered body.
He used his belt and, his voice
breaking, admonished, “Don’t ever
make me have to do that again.”

I was seventeen, visiting
my cousin in Shaker Heights, posh
suburb of Cleveland where bad things
rarely happen.  On Scottsdale Boulevard
a yellow sash across a driveway, boys
being boys we wanted to know what
the fuss was about.  Between the garage
and the house a pool of blood, chalk
outlines of a body, a gun, a knife.
A woman came with a garden hose,
washed the blood down a drain.

I was from Poland, suburb of mobbed-up
Youngstown, juicy bone of contention
between Cleveland and Pittsburgh for control
of vending machines, juke boxes, the bug,
gambling, prostitution, hard drugs.
Bombings were commonplace, murders
no rarity.  This, my first crime scene.
Mike Sperazzo was shot from ambush.
He’d done time for armed robbery, fencing
stolen property; he was a bookie,
played the horses, bank-rolled floating
crap games.  Maybe the hit was to settle
a score, or a mob boss gave the word.

What haunts me is that his wife
heard the car pull in, out the window
saw a man by the hedge fire twice,
slip away, return.  The killer stepped
on Mike’s chest for the coup de grâce.
Did she rush out of the house to see
if he was dead, then call the police?
When we arrived, cop cars and reporters
were gone.  She was alone in the house,
a Mafia wife who hosed her husband’s
blood, pooled beside the chalk outline
of his body, down the driveway drain.

For three summers I sold
bait, boats, fishing permits
at Evans Lake to those
lunatics who showed up
before dawn to hook their fill
of perch, bass, and bluegills.
A few blacks came by to gig
for carp along the shore line,
most men wanted
to be out on the water—
fine with me, I was free
to read a good book by lunch
when the fishermen docked,
drove off with their catch.

One morning, I was late
as usual, cars were lined up,
men stood hands on hips
scowling as I unlocked
the gate—but the back door
was open, so was the safe:
Someone, during the night,
had robbed the boathouse.
The detective, decked out
in a TV trench coat, asked
a few questions, paced back
and forth, caught my eye.
“Looks like an inside job.”
A lie detector would tell.

Headquarters, in Youngstown,
where the usual suspects
were wiseguys implicated
in gangland bombings.  I sat
in a third floor room below
a bare bulb—a strap
across my chest, fingers
attached, the questioning
began.  Yes or no my options,
I affirmed my name, address,
denied I had robbed the safe
or knew about the theft.
At the end, a dim smile
for my inquisitor, I asked
how I’d done.  “Not very good,
Bill.”  And he showed me
the zig-zagging printout
proclaiming my guilt.

“Either you did this or you
know who did” I was told.
“We have your address.
You’ll be hearing from us.”
For weeks I rarely slept.
The crime remained unsolved.
All these years I’ve pondered
why my doorbell never rang.
The city cops were swamped,
or snug in the mob’s pocket,
no bombers stood trial.

Why did I fail the test?
When Keats saw a sparrow
pecking the gravel he became
that bird, felt its satisfaction.
A crowbar for the door,
sensitive fingers cracked
the safe, loot crammed in a bag,
I made a clean getaway.
In my defense I plead poetry.